I have a soft spot in my heart for the zombies – George A. Romero

Hollywood might have made zombies famous, but they’ve always been there in the background, hidden in our collective consciousness as the lurking, shambling embodiment of death and our fear of the grave and what lies beyond it. 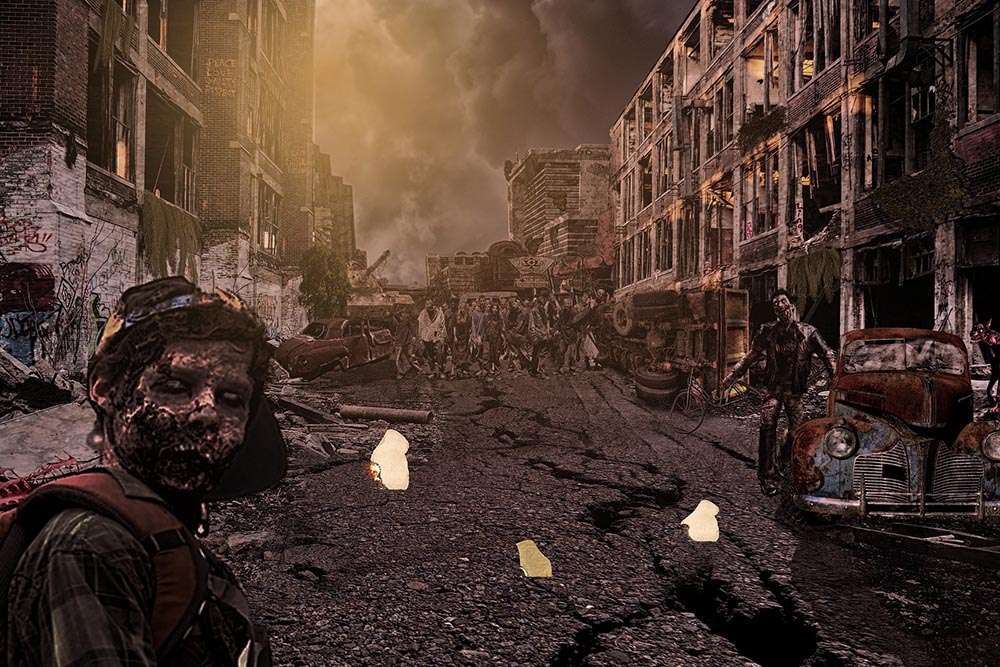 At least that’s what most anthropologists and students of horror cinema will happily tell you that zombies represent. But what does it mean when they appear unbidden in our subconscious escapism?

What does it mean when zombies manifest in our dreams instead of on television and cinema screens?

I Walked With A Zombie

If you dream about walking with zombies or have actually become a zombie in the dream world, while it can seem slightly terrifying and more akin to a nightmare than the idle fantasies that we usually slip into during sleep, both of these scenarios have a slightly deeper psychological meaning.

If you find yourself lost, or caught, in the middle of a horde of zombies while you’re dreaming it’s usually a reflection of your fear of alienation or isolation.

Finding yourself alone in a crowd of the undead is usually the dread of feeling somehow “cut off” or feeling like there’s a gulf that separates you from your peers rearing its ugly head.

It might seem scary at the time, but don’t panic, it’s perfectly natural and is just your subconscious finding a way to help you to rationally cope with the sort of perfectly commonplace and natural worries and concerns that bother everyone.

Dreaming about actually becoming a zombie is seen as being a signifier of great personal change. These dreams often occur when you’re in the middle of a period of personal growth, or your financial situation or career options are changing.

It can also mean that if you haven’t already, you’re about to undergo one or more of these changes and it’s your subconscious mind’s way of attempting to prepare you for the transformation that is usually about to change your life.

And even though the idea of being a zombie is repellant and horrible, in this case, the change that it heralds is nearly always positive.

It’s The End Of The World As We Know It

Most of the time, we associate the idea of zombies with some sort of apocalypse or world-ending event in which the living are gradually overcome by legions of the undead.

It’s a frightening dream to find yourself in the middle of and may cause you to wake up in a pool of sweat, but again, it isn’t a “nightmare” in the traditional sense, and rather than being a negative dream is actually an incredibly positive one.

World-changing cataclysms in all of their many forms, if experienced in dreams, are just your mind’s way of dealing with significant change and trying to ease you into the next, exciting stage of your journey in life. 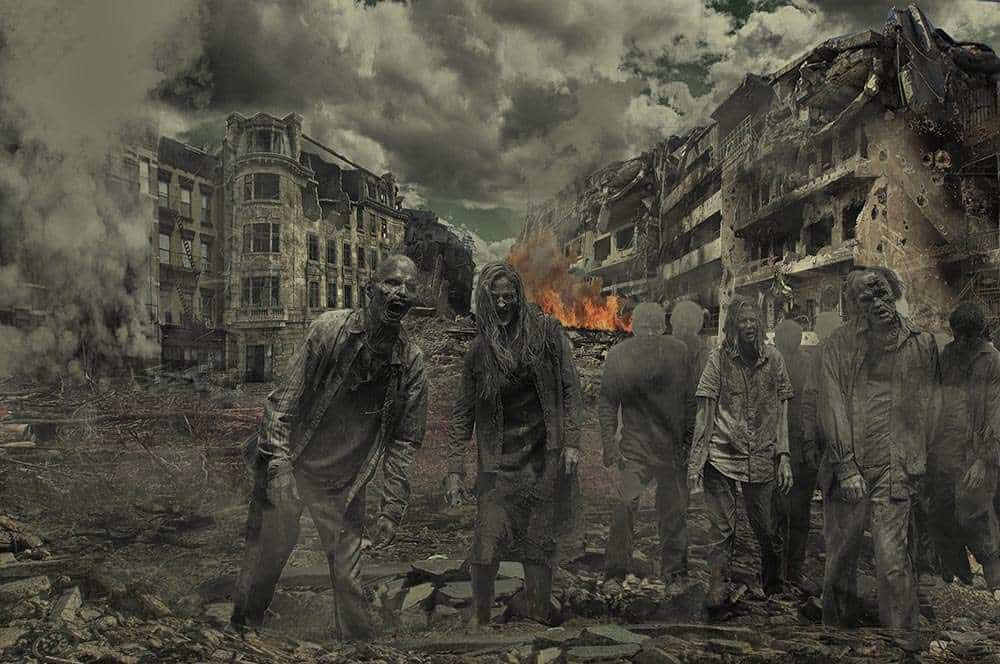 An apocalypse and the zombies (who in this case, are just a facet of the overall whole) who populate it signify the “death” of your old life and the beginning of a new, often prosperous, and happy one.

It is, as almost all zombie dreams are, an indication that you’re about to experience a period of great personal change.

If, while you’re dreaming, instead of finding yourself caught in the middle of a zombie plague, you’re being pursued by horrors from beyond the grave, this is your body and mind working together in an attempt to get you to slow down and take things, in the waking world, slightly easier.

Being chased by something that won’t stop, won’t slow down, and won’t give up is a warning sign that the amount of physical and mental strain and stress that you’re putting yourself through and experiencing is about to overtake you and could become detrimental to your health.

You need to listen to your mind and your body and what they’re telling you, and if you want the pursuit to end, actively do something to combat and negate the amount of stress that you’re dealing with, and experiencing in your daily life.

If you find yourself slowly, but surely, turning into a zombie in your dreams this is another of the tools that your subconscious mind can use to warn you that you need to learn to deal with a possible psychological crisis.

The transformative process, in this case, is a reflection of emotional stress or feelings about someone, or something, that you’ve unsuccessfully tried to hide or bury.

And because you’ve refused to deal with those feelings or have become caught up in an emotional whirlwind, it’s wreaking havoc on your psyche and you need to take some time to address the issues that are bothering, and plaguing you.

The Virus Is Unleashed…

Because of the sheer implausibility of the dead actually rising from their graves to wage war on humanity, film studios and authors have had to come up with a reason why it would happen, and explain why the dead would return to claim the world as their own.

And the one that they both seem to be overly fond of, is the secret virus that brings the dead back to life and causes the living to join their ranks.

Again, the thought of your dreams being driven by this subject might be enough to give you sleepless nights, but it shouldn’t. You should welcome these dreams with open arms because they’re a herald of great things to come.

Any dreams about plagues, viruses, and paradigm-altering sickness, are almost always about new chances and how you should seize them tightly when they appear and follow their lead rather than running away from it.

They may have become an avatar of horror for studios all over the world, but in the subconscious world, zombies symbolize rebirth, the next stage of life’s great adventure, and your future being overwhelmed by change and positivity.

Don’t be frightened, don’t be scared and if you do dream about zombies, prepare to be engulfed by the sort of changes that you’ve been hoping would happen, but never dared to dream would actually happen to you.