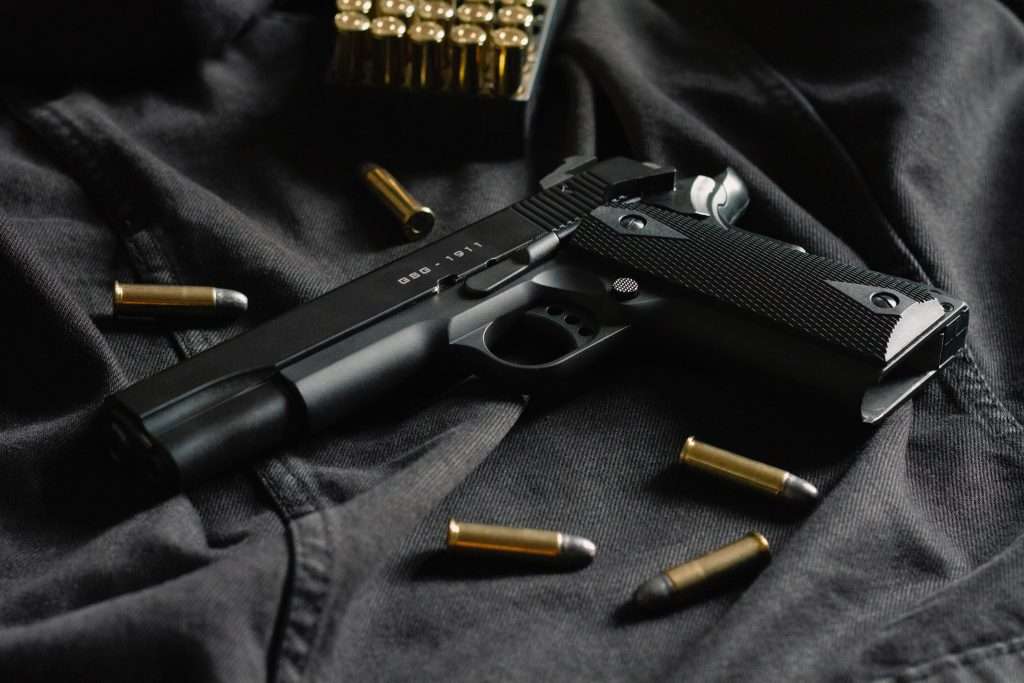 There are more ways to die than we have time to count in a thousand lifetimes, and thanks to the prevalence of gun culture in society, the chances of dying from a bullet wound are greater than being struck by lightning or being killed in an aircraft disaster.

It’s a terrifying thought and one that more often than not can manifest itself in our dreams.

When we are hurt, or murdered in our dreams the memory can haunt us forever, but at least we’ll still be here.

But it isn’t just the real world materializing in our dreams that lie at the heart of being gunned down while we’re sleeping and there are many different reasons why we can, and do, dream about being shot.

What are those reasons? We’re glad you asked because we’re more than happy to share a few of them with you.

Gunned Down In Dreamland

Dreams are, more often than, our subconscious’s way of dealing with our emotional turmoil, overworked and stressed psyches, and the desires and drives of our conscious minds.

It’s our way of relieving the pressure that the everyday world inflicts on us and turning an unconscious release valve in our sleep so that our minds can help us to process the information that we have accrued and accumulated.

Our brains, however, don’t necessarily do it in a way that’s obvious to us at the time.

Broadly speaking dreaming about being shot is often related to a recent emotional trauma or some sort of ongoing conflict in your personal or professional life and the person, or people, who pull the trigger are usually related, in some way, to the aforementioned events.

And where we’re shot in our dreams? That can be just as important as the nefarious deed is.

A Bullet In The Head

Getting shot in the head while we’re dreaming is usually an indication that we’re heading in the wrong direction in life and it’s our psyche’s way of telling us that we need to correct course and forge ahead on a different path to the one that we’ve been traveling down.

And in this case, whoever was responsible for pulling the trigger, is also important, as it lets us know whether the change of direction that we need to make is professional or personal.

If it’s a work colleague or your boss who pulls a forty-five on you, it’s usually a portent that you either feel threatened in your work environment or are looking for a way to escape it and find a new career.

However, if the finger that pulls the trigger is a relative, friend, lover, or spouse, then it’s your psyche’s way of trying to explain that there are problems within that specific relationship that need to be addressed and dealt with. 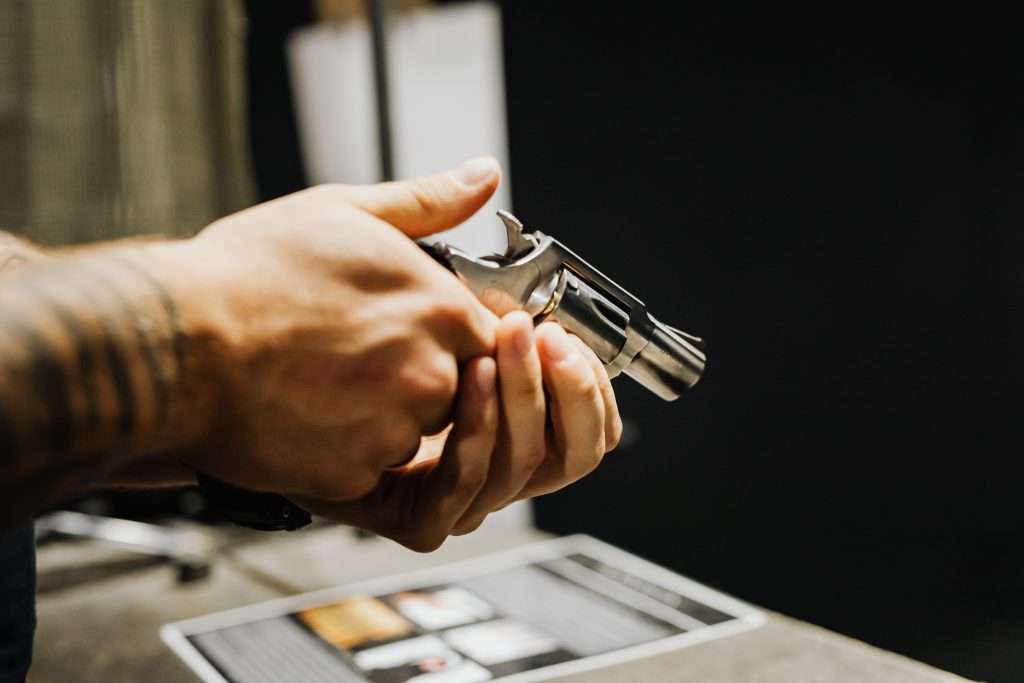 Shot Through The Heart… And You’re To Blame

You’ve heard the expression “think with your heart and not your head” haven’t you?

Of course, you have, it refers to the emotions decisions that we make on a daily basis, and if you’re shot in your chest in your dreams,  it’s often a symbolic way of telling you that the decisions you’re making based on emotional ideas and responses are having a negative impact on your psychic well-being.

The concept of a healthy body and healthy mind hold far more weight than most of us give credence to.

Being shot in the chest or heart can also indicate that one is out of alignment with the other and that some element of your life, usually the career journey that you’re on, is both emotionally and mentally unrewarding and needs to be changed.

They Shot Me In My Home

Remember we talked about where you were shot in your dreams being as important as who shot you? That where also refers to a location.

If you were at home when you were shot in your dream, it’s your psyche’s way of telling you that you feel uncomfortable in your house, or that there is a particular problem in your home life that you have refused, but really need, to deal with.

It’s also incredibly common for people who have recently suffered a home invasion or some sort of physical trauma within the confines of their home to suffer from dreams about being shot in a place that they previously considered to be safe.

When it happens and these particular circumstances are a root cause, it’s the mind’s way of isolating and helping you to deal with that ordeal.

I Didn’t See The Bullet Coming

If you’re shot from somewhere far away by an unseen assailant in your dreams, it’s almost always your mind’s way of trying to deal with something unexpected happening.

Was your life preceding as planned and then something untoward appeared to throw you off track? That’s when this dream, in most cases, appears to plague you – the shooter and the bullet represent that bump in the road that threw a wrench in your life goals.

Again, it’s your psyche trying to make sense of something that usually can’t be explained. It may well have just been “one of those things”, but that doesn’t stop our brains trying to find a rational explanation for whatever it was that happened.

And if you have this dream and nothing untoward has occurred? That’s fear showing its hand. It’s your fear that, however irrational it may seem, something is going to happen to subvert and change your life.

The worst thing about this variation of being shot in your dreams? It usually happens when everything is ticking along nicely for once. We really are a pessimistic species at heart. 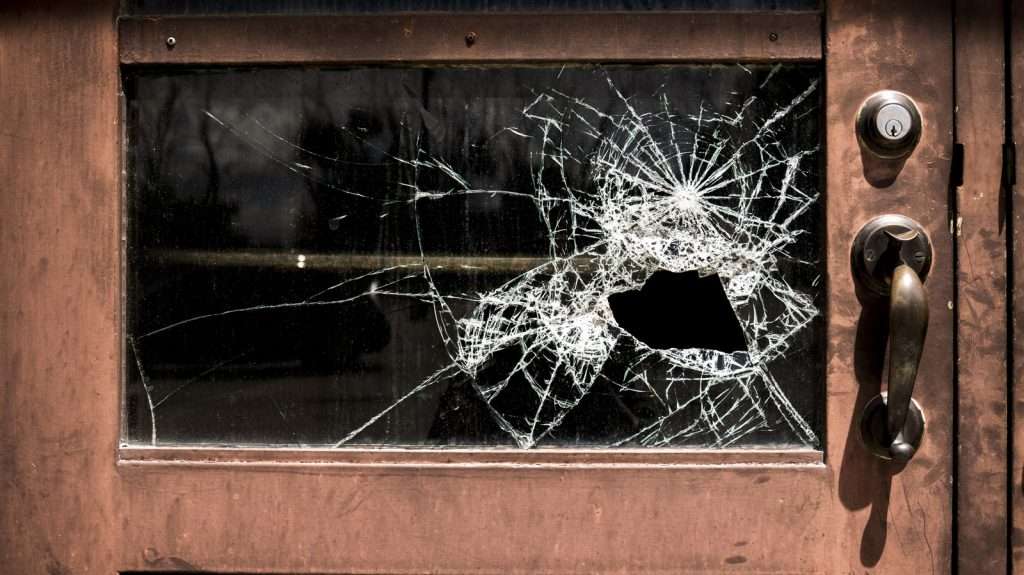 A single arrow, wherever it embeds itself in you, is almost always pertinent to your love life and usually signifies that some sort of change is imminent, or necessary for the good of your emotional health.

If you’re shot with more than one arrow though? It’s because you’re suffering from an emotional conflict that desperately needs to be resolved.

Lay Your Weapons Down

Getting shot in your dreams, just like in the real world, rarely ends well.

But at least in the dream world, we’re given a chance to resolve the imbalance that leads to us being shot so that it won’t happen again.

If we’re given a chance to make things better for ourselves, we should always take it, shouldn’t we? After all, none of us want to get shot a second time, do we?