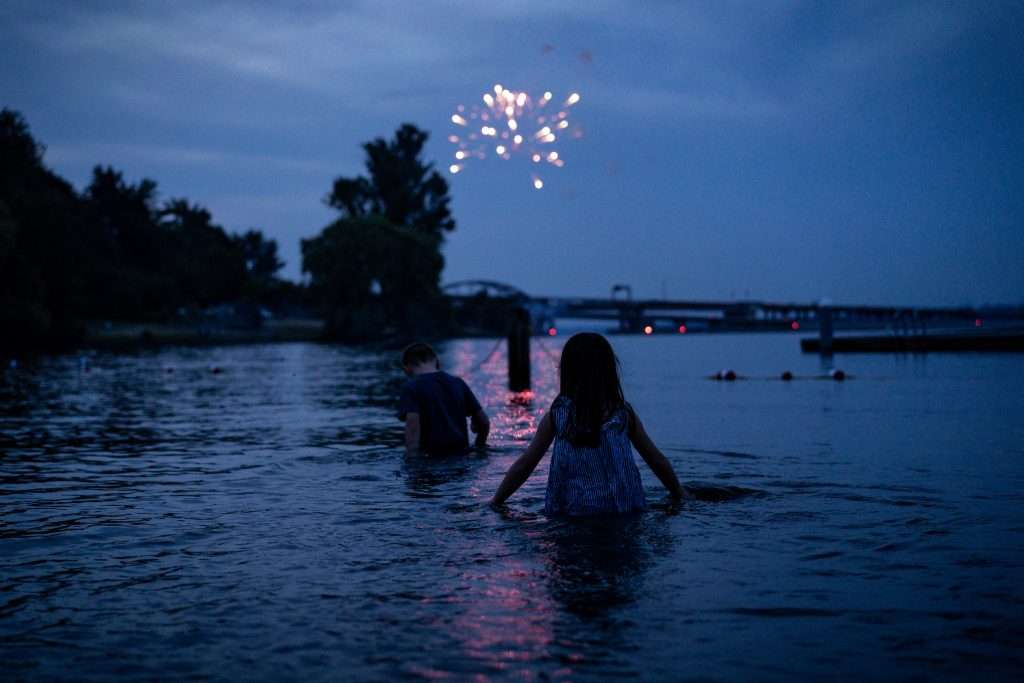 Dreams are the birthplace of metaphor. They make sense of complicated issues in your life that your waking brain can’t deal with or figure out and inform you how you really feel.

So, what is our unconscious trying to tell us when we dream about flooding water?

Flooding is a very common occurrence in dreams, but the situation and our point of view can be vastly different from one to the next.

Dreams about water and flooding can be good or bad or even a bit of both.

Water is said to represent your emotions. They can be positive and nurturing or catastrophically destructive just like water.

So, being that we’re dealing with one symbol for your whole spectrum of emotions, the way in which you experienced a flood in your dream can mean very different things. 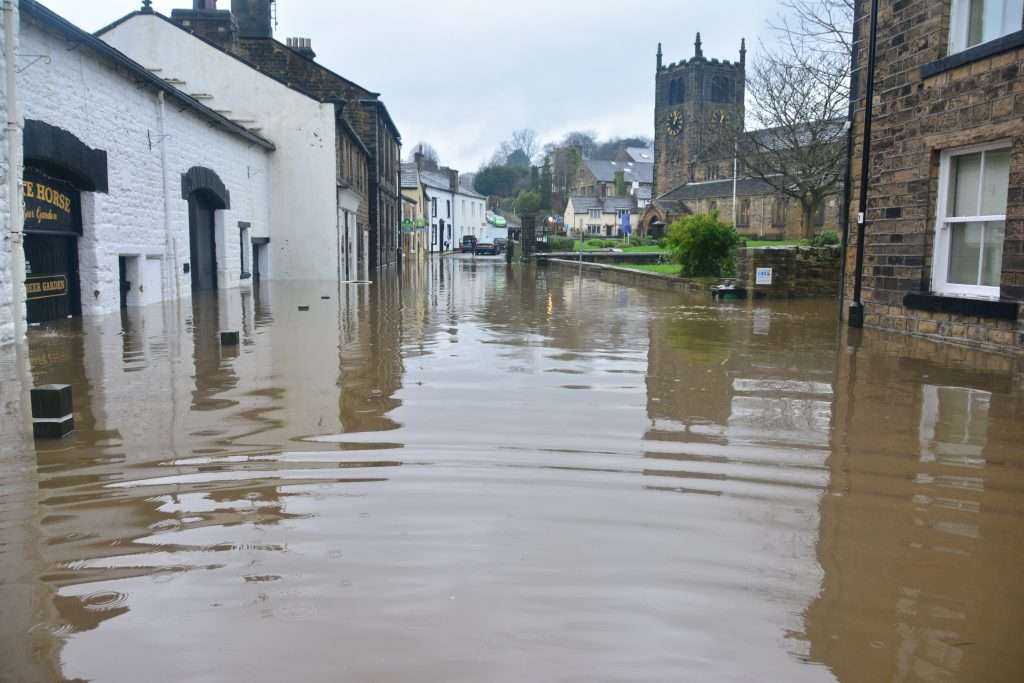 Meanings of Different Floods in Dreams

Getting Carried Away a Flood

From a literal perspective, this might be referring to a relinquishing of power in your life.

Maybe you recently took a big chance and you’re waiting to see how it will end up. It could just easily refer to power being stripped away or not having any to begin with.

From a prophetic standpoint, being carried away in a flood is said to mean that you might have developing health problems.

Drowning in a Flood

Looking at this sort of dream as a direct metaphor, it likely means you’re feeling extremely overwhelmed. Perhaps you’re under a lot of financial stress or you’re dealing with mounting family problems.

A dream like this could also have to do with breathing problems. Just like your sleeping mind will incorporate noises or sensations from your actual environment in the fabric of your dream, it can also take your physical condition and work it into its sleeping story.

So, if you suffer from asthma for example, and you have an attack in your sleep, your brain might put you in situations that impede your breathing.

Symbolically, it’s actually considered an indication that you will acquire a certain amount of wealth in the near future.

The most literal way to explain this is that you are actually worried about your house flooding.

Going a bit deeper, this could mean you’re worried about materialism and losing things, or that you have a fluctuating sense of security and that you are feeling emotionally or spiritually unfulfilled.

Unfortunately, the prophetic reading isn’t any better. It is said this dream will mean the start of problems with family and that you should expect strained and broken relationships. 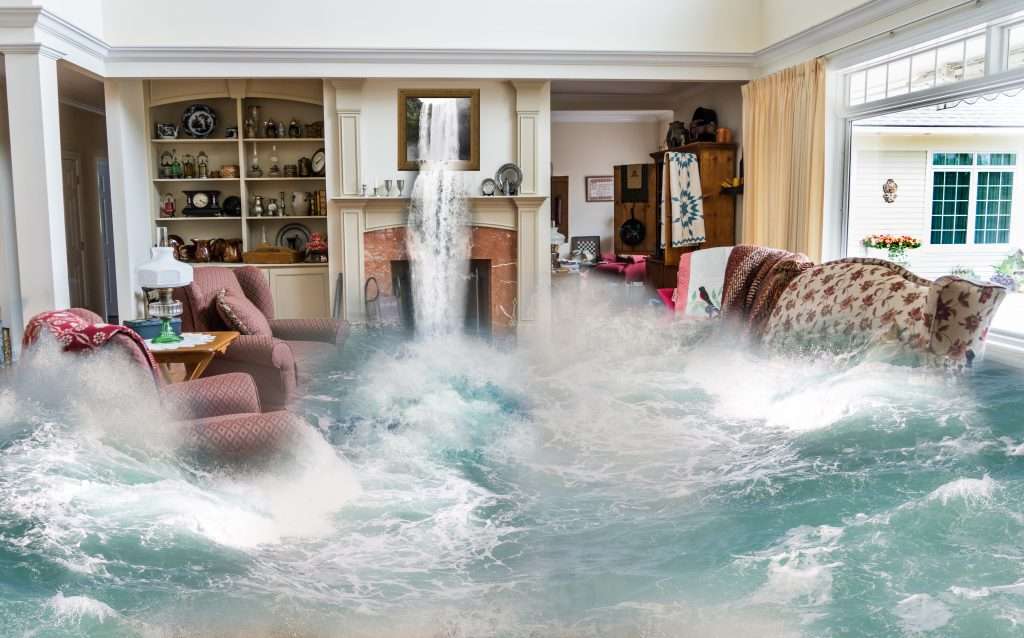 Witnessing a Flood in Your Dream

This might mean that you’re upset by the influence your emotions have had on others.

Maybe you had an argument with someone and hurt them more than you expected. Perhaps you said something you didn’t really mean.

Witnessing a flood can mean things may start to happen that you have absolutely no control over.

Flooding Due to a Storm

This might mean you’re dealing with a huge life event. Maybe you’ve just lost someone very dear to you, or you’re on the precipice of an incredibly important decision.

It could also mean you are feeling insignificant or tiring in what has been a drawn out struggle.

It’s often claimed that a storm flood dream simply means there will be turbulent times just around the corner, or that you may not achieve your goals.

A Flooded Car or Cars in a Flood

Freud believed that dreaming about cars represented direction and how freely you’re living your life. He thought of them as symbolic representations of the physical body, the ego, and the mind.

Multiple cars in a flood could refer to your false starts. Maybe you’re feeling like you’re out of time to choose a true direction.

If you’re in a flooding car, it could mean you are feeling doubts about a decision, or that you’re being overly logical and ignoring your heart.

This dream predicts that you will come to blockades in your travel, but also that you might become more sociable with family and build stronger bonds. 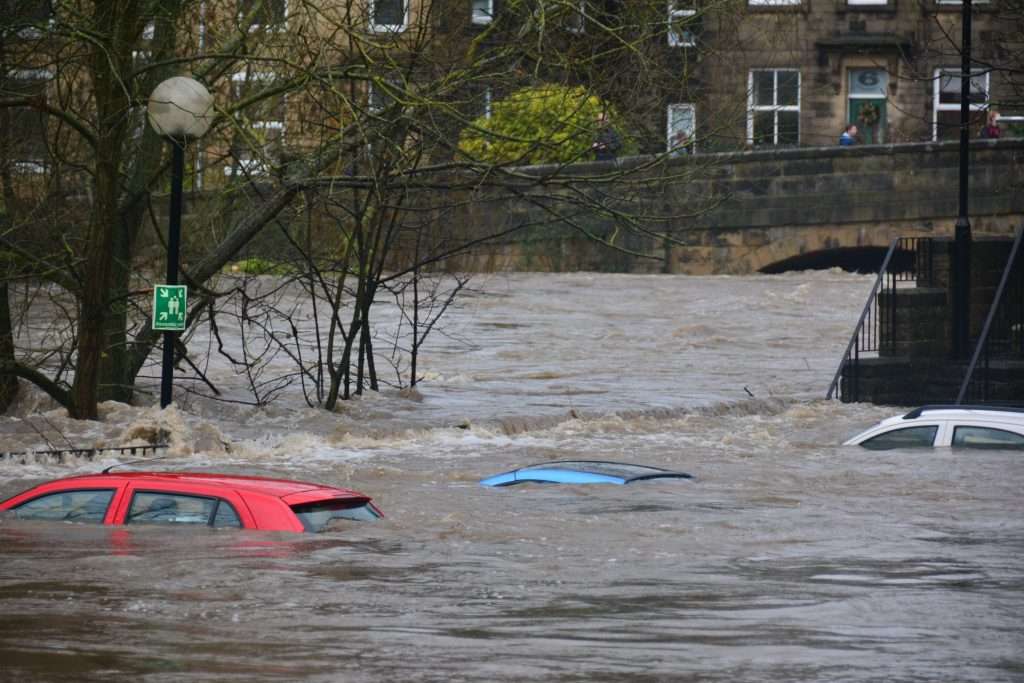 This might mean that you have recently failed to save something important to you, but for better or for worse it’s over now and in the past.

It might also mean something that had a huge influence on you, no longer has a pull. Maybe you’re getting over a relationship or dealing with dependency issues.

A flooded land may also symbolize peace and serenity and is generally seen as a signal to move forward.

A Town Destroyed by a Flood

A town destroyed or swept up by a flood can be a very stressful dream experience. It’s likely inspired by trauma in your life or a great all-encompassing fear.

Bad news if you subscribe to the symbolic foresight of dreams. A dream involving the destruction of a town by a flood means any number of bad things could be heading your way.

A clear water flood might indicate that you’ve been arguing about something you feel particularly passionate and righteous about.

It could also mean your going through some tough times but are coping well and have a good understanding of your emotions.

A clear water flood is said to mean that you will have to delay your plans in the near future and that you should try to be patient.

A Dirty or Clouded Flood

A flood of soiled water may indicate that you’ve been having a hard time trusting yourself lately, or that you feel betrayed by your emotions and your nature.

Perhaps you’ve fallen into a cycle of self-sabotage. It could also be a manifestation of environmental worries.

Flooding dirty water is meant to mean you’re going to go through some rough times and negative changes.

A Flood with Floating Debris

A flood dream with prominent floating debris might occur because you’re worried about the impermanence of things in your life. It might also be a representation of feeling jaded and damaged.

Debris in a dream could mean there will be rumours spread about you soon. It warns you to be vigilant and careful of who you trust.

Due to the variety of ways floods can occur in dreams and the drastically different implications they can have, you’re probably not going to get a complete answer reading this article.

I recommend starting a dream journal and writing in it as soon as you wake up. Try to remember details about the flood.

Ask yourself where you were and what the water was like. Was it clean or murky? Did it move gently or was it violent? What was your point of view? Were you even in it at all?

Every detail you remember is a clue that may help you solve your own internal mystery.