Are you dreaming of a white Christmas? Let’s take a look at why.

Dreams and Their Meanings

Questioning the meaning of your dreams is nothing new. Humans have been trying to pinpoint the reason why our subconscious presents us with certain images while we sleep for centuries, but when something new pops up in a dream it can cause us to wonder why.

It’s widely believed that dreams are connected to the emotional center of the brain and are triggered by strong feelings rather than sense or logic, so seeing snow in your sleep could be the brain’s way of signaling to you a deeper message.

It could also simply be that this is something you see in your everyday life, and it’s therefore buried itself into your subconscious only to reappear in your dreams at night. 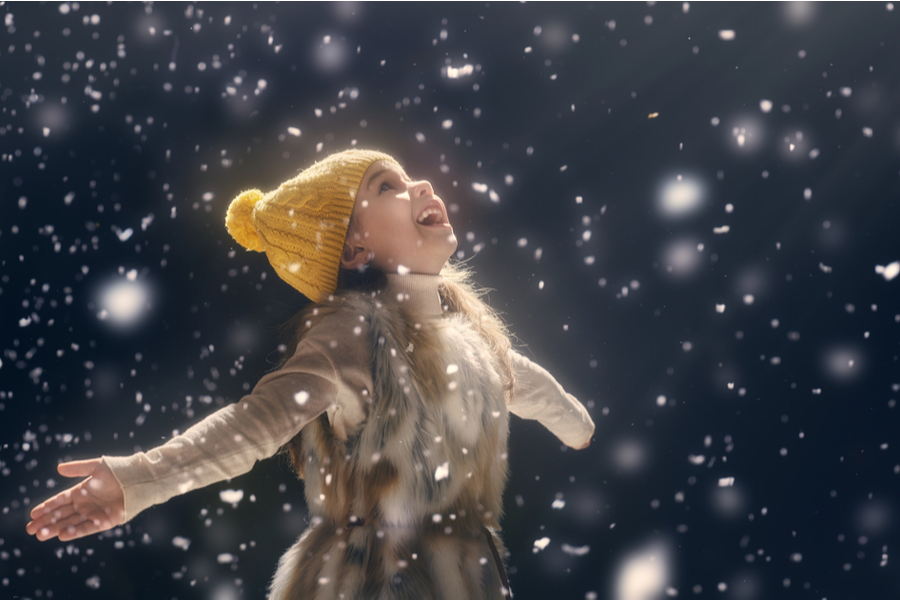 Dreams and their meanings will often depend on some form of context, so before we delve any further into what your subconscious could be trying to tell you, consider your own personal feelings about snow.

Are they positive or negative?

If you spend the whole year longing for the colder months, waiting for the first flakes to fall and leave behind streets of snow-blanketed beauty, then dreaming of snow is likely going to have more favorable connotations attached to its meaning.

Dreaming of snow when you find it an inconvenience or distressing in real life may point to more unpleasant emotions hidden below the surface.

Just like the art of tarot reading, the meaning of dreams is subjective and will be personal to you.

With that being said, there are some common examples of dreams about snow that point to a more collectively shared experience, which can be interpreted in the following ways.

A landscape covered in fresh snow

One of the most common dreams about snow involves coming across a landscape that has been blanketed with fresh powder.

If there are large areas of the earth that have been covered by the snow in your dream, it could be a sign of suppressed emotions that you’re trying to hide or avoid dealing with.

A snowy environment is one that is cold, sterile, and often uninhabitable. This is linked to being frigid and unfeeling, while the absence of color and wildlife could reveal an inner struggle with depression.

Alternatively, this could be viewed in a much more positive light and could be interpreted as a fresh start, with the open, white space a blank page where your new chapter can begin.

Melting snow around you

Another sign of new beginnings is the sight of melting snow in your dream, as this is a clear depiction of one season coming to an end before another starts.

Maybe you’re ready to take on something new or start a new venture. If you’ve recently been through a difficult period, the snow could symbolize your stress melting away leaving you with a more hopeful outlook for the future.

However, it could also mean that there’s something you’re ignoring or trying to avoid which is gradually getting worse and further out of your control. Anyone else reminded of global warming all of a sudden…?

Fresh snow is brilliantly white, with the sun glistening off its surface as it catches your eye.

As a well-known symbol of purity and spirituality, dreaming of pure white snow is a potential indication that you’re about to enter a new period of spiritual growth.

Together with the moon or starlight, this can be a truly magical looking scene and as such can represent a transformative experience. Here the snow would be a sign of emotional calm and peace within yourself.

Dreams about eating snow are reminiscent of childhood whimsicalities, where playfulness meets innocence and youth.

Choosing to eat the snow in your dream suggests that you long to return to that state of innocence, or that you need to spend some time taking care of your inner child.

Just remember to stay away from any yellow patches of snow, even if it is a dream…

Getting caught in a snowstorm in your dream

If you’ve ever been in a real snowstorm then you’ll know just how hard it is to get your bearings in order to get back to safety.

Dreaming about one could mean that there’s something chaotic and out of your control happening in your life where the outcome is unclear to you. This could be causing you to feel helpless or lost as you try to find your way out of the situation.

It could also signify change, but it’s important to remember that this isn’t necessarily a bad thing no matter how scary it can sometimes feel, or how unsafe uncertain territory can appear.

Being snowed in or buried in snow

Dreaming that you’re trapped by the snow could signal that you’re feeling snowed under in real life.

The weight of the snow is representative of your responsibilities, which may feel like they’re too much to handle.

Feeling like you can’t escape is also a sign of anxiety, and could refer to a problem in your life which you can’t get away from. 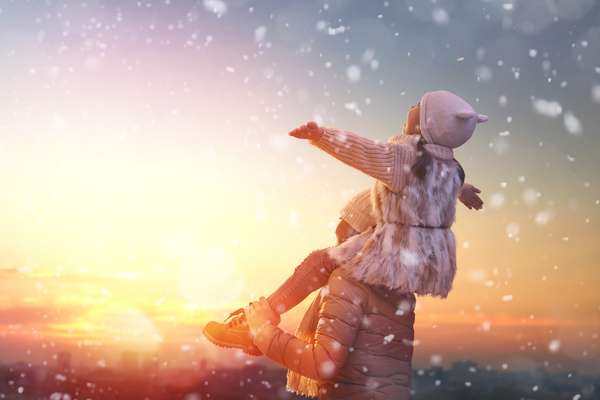 Snow is commonly viewed as a symbol of change, hidden feelings, buried emotions, or unspoken secrets. I guess we don’t need to ask where Disney got their ‘Frozen’ inspiration from!

However, there’s plenty of positive meaning behind snow dreams, too, such as the start of a new chapter or feelings of hope and innocence.

As much fun as it is to try and work out what exactly your dreams are trying to tell you and to introspectively study their meaning, sometimes, dreams are just dreams.

There’s no real way to know for definite, but this article has covered some of the most commonly experienced dreams about snow to try and help you understand and interpret your own.

We’ve found that the best way to track the meaning of your dreams is by keeping a journal and writing in it first thing in the morning while they’re still fresh in your mind.

Have you had any particularly weird or wonderful dreams about snow? Do you think you’ve cracked the meaning behind them? Let us know your thoughts in the comments, we’d love to hear from you!

And in the meantime, sweet dreams.