Dreams can be incredibly hard to interpret, and they are very far from being an accurate or reliable science. To many, dreams can show us the deeper levels of our unconscious, revealing messages or thoughts that are buried deep within.

With how vague and odd they usually are, it can be tricky to try and find a specific meaning amongst all the images.

However, there are some specific images that have clear connotations within our real world, and that can therefore convey more specific, or easier to interpret meanings within our dreams.

Animals, specifically, can offer a wide range of meanings, as they are pretty strong symbols with some pretty strong connotations within myth and life.

So, what does dreaming about an owl mean? 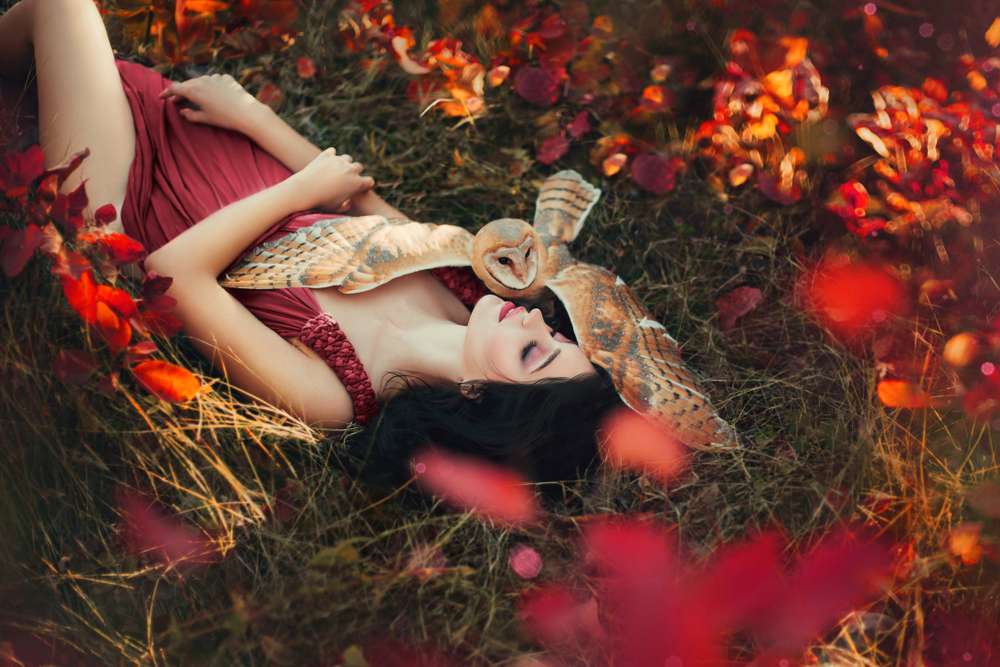 Owl as a symbol of wisdom and clairvoyance

In Greek mythology, owls are a symbol pertaining to the goddess Athena. She is the goddess of wisdom, strategy, and war. It is no surprise, therefore, that owls themselves have become a symbol of wisdom in popular culture.

In fact, owls are often referred to as the seers of the animal kingdom, thanks to their big huge eyes and their link to wisdom.

Oracles can sometimes be represented as owls too, as owls are considered to see and be aware of a lot more things than we could ever imagine, including hidden knowledge.

Within a dream context, an owl can represent an expanded awareness, as well as a magical virtue.

It represents all of the hidden wisdom that has been buried deep within your subconscious, and it can bring forth intuitive feelings and wisdom from the experiences that have been hidden in your mind.

As a prominent symbol of self-awareness, seeing an owl in your dreams can very much signify that you are uncovering truths about yourself, or that you need to turn inward for the answers that you seek in real life.

Perhaps you have been searching for a solution to a problem, or you are on a journey of discovery, and the owl is telling you that the answers are within you, for you to look inward and explore yourself.

Within a dream context, an owl could also be warning you about a missing piece in the puzzle, signifying a piece of information or a vital part of knowledge that you need to complete a goal or task in real life.

If the owl is accompanied by other images, it could be that it is indicating that your dream is a message and a warning, representing the “oracle” amongst the other images, so that you listen to the message they convey and take it as a piece of wisdom that you’ve been needing.

Owl as a symbol of death and secrets

Amongst Native Americans, as well as in India, Arabia, and Africa, the owl can often be seen as a symbol of death. This is because it is a night creature, and despite it having huge eyes that can be associated with seeing, it seems to fear the light.

However, death doesn’t necessarily have to be a bad symbol. For many, the owl is a protector of the dead, and a guardian of secrets.

It takes the hidden wisdom that it is able to see, and it guards it silently in the form of many secrets. It is also often depicted as a guardian of the underworld and a messenger between the dead and the living.

Within a dream context, a symbol of death can mean many things. On one side, it could of course mean that death is coming into your life, whether it is for you or for a loved one.

However, it is more often believed that an owl signifies a message from the past, which is “dead” and gone.

Perhaps an aspect of your past, or maybe even something from a past life, is trying to tell you something that could help you in your current life and situation.

It could also be that the owl in your dream is guarding a secret.

This could either be your secret, which you are afraid of others finding out about, or it could be someone else’s secret that you are going to find out about soon, and which will reveal some important information.

Owl as a symbol of solitude and independence

Owls are solitary animals, found in woodlands and hunting at night. They are considered to be great predators and great survivors, therefore becoming a symbol of strong independence.

This is very much linked to their connection with wisdom and to the goddess of Athena, as owls can represent individual strength against adversity, as well as the ability to be independent and confident in your own capabilities.

Within a dream context, a solitary owl might be a sign that you’ve been dealing with things on your own for quite some time, and it might be a reassurance that you’re doing a good job and that you can keep on managing just fine.

It could also mean that you need to take matters into your own hands and stop relying on other people, taking instead a more solitary and independent route to solve certain issues or problems that you might be facing in real life.

Either way, the owl is usually a good symbol, representing that you have everything you need within you and that you are strong and capable enough as an individual to discover your own truths and stand by them.

Whatever message the owl brings to you in dreams, it is always significant and bears great importance. You should therefore pay close attention to what it is the owl is trying to tell you.

As the connection to your subconscious, it brings messages that otherwise remain hidden, and that can only be revealed while you sleep.

With its keen vision, the owl will also manifest in the form of intuition, and as the gut feeling that you get when you’re in the middle of an important decision.

Listen to it. The owl brings raw wisdom that is far deeper than any other type of knowledge, and it can help you on your path to truth and victory.