Dreams are odd creatures. They can be wondrous, confusing and often deeply disturbing.

There has been a culture of ascribing significance to dreams for many hundreds of years, so thankfully a lot of the interpretive leg work has already been done for you.

It would be tempting to put dreams about fish in the disturbing category. A creature that some people may never come into contact with, yet you find your dreams bombarded by the scaly things.

Undoubtedly your mind is awash with questions: are fish a good or a bad omen? Is a fish a sign that something deeper is troubling you? Are the actions of the fish and myself an indication of anything of greater significance?

Well, don’t reach for the caffeine just yet, as luckily most fish dreams are a positive sign.

We’ve compiled some information on fish-based nighttime phenomena that will hopefully shed some light on why these things might keep swimming their way into your thoughts.

What Else Can You See In Your Fish Dream?

When analyzing a dream, you have to look it at like uncharted territory in which you are trying to navigate. But what will you need for that? That’s right, a map.

Try writing down the things you remember from your dreams. These are some of the things that you should be noticing:

By determining these factors, you might be better able to understand how the fish relate to you, your feelings and the people and places in your life.

Okay, if you’ve orientated yourself in your dream, now it’s time to focus on the historical symbolism of fish in the dreamscape.

Dreaming About Eating A Fish

Now, if you’ve made a note of the size of the fish, you can more easily determine what eating a fish means.

Traditionally, eating a larger fish has symbolized that you are soon to come into some profit, which could be interpreted as material or even emotional. Eating a large fish could symbolize that you have acquired a much larger amount of joy or contentment.

However, if the fish is smaller, the studies have shown that this could be interpreted as coming into some form of nagging difficulty. Nothing too insurmountable, more of an annoyance than anything else. This is further symbolized by the small bones that have to be removed from a fish before eating.

However, there could be a dream scenario in which a fish is eating you! If this happens, the suggestion is that someone might be using their power to negatively influence you. If you feel that you are being consumed, it might be worth evaluating your life or work situation and seeing whether this interpretation resonates with you.

Dreaming About Catching A Fish

Catching a fish is traditionally associated with a good feeling – and the same is true in the dream world!

Landing a big fish could symbolize a job promotion, a marriage or scoring something massively positive in your real life. Successful fishing has been shown to represent self-knowledge, the acquisition of which is largely considered a very good thing indeed.

However, unsuccessful fishing could mean that an opportunity has recently slipped out of your grasp. Maybe you also feel like you aren’t getting the same opportunities as your friends or work colleagues.

If the above is the case, then maybe assess your goals and try and see how you can better achieve them. Also, the standards you are setting for yourself might be a little too high and this could be an indication that you’re being too hard on yourself.

In ancient folklore, dreaming of fish represents childbirth. The abundance of new lifeforms swimming around your head points to a prophecy of increased children in your life.

Some of you might believe this, others might not. If you think the dreamscape is a portal in our futures and have been dreaming a lot about fish lately, you might want to go out and buy yourself some baby clothes!

Dreaming about dead animals is traditionally not considered to be a portent of good things. In folklore, dead fish were a premonition of ill-health or even a country on the brink of war or collapse.

However, if you prefer to see things from a more psychological perspective, dead fish might mean that you feel uncomfortable in your own skin or in a situation that is out of your control. It can also mean that someone you are close to is sexually unresponsive, resulting in them or you feeling like a dead fish. 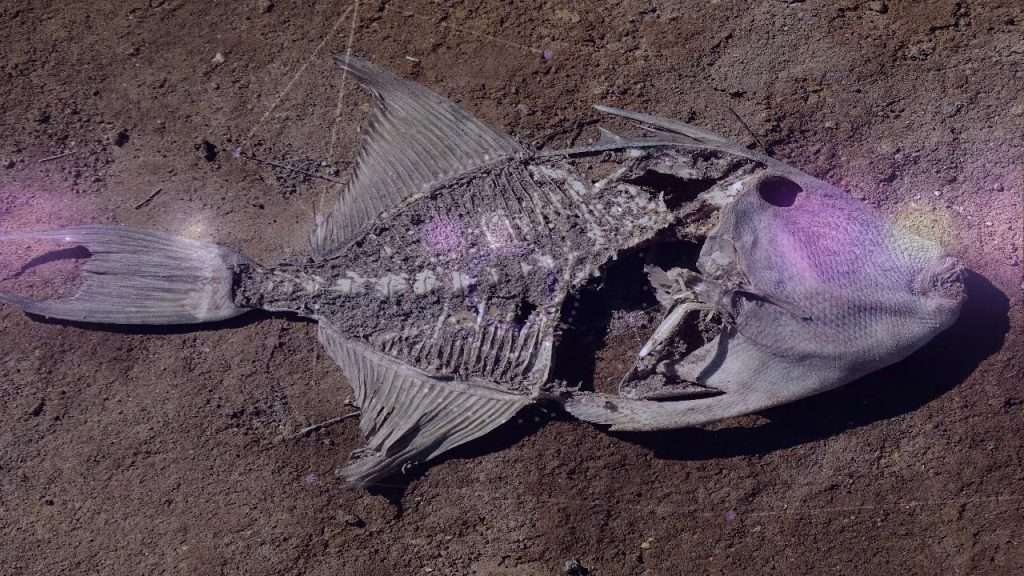 Other Symbolistic Meanings Of Fish In Dreams

As we have discussed above, fish could mean that more wealth is coming your way. This could be interpreted in a variety of ways: financial security or just achieving success in your career. Either way, plenty of fish means plenty of good things!

This is more reference to our general way of perceiving the world: plenty of living fish swimming in the water equals good things, while an abundance of dead fish is a grim portent of the future.

However, sometimes things aren’t always that clear cut. Even though fish have a wider significance that informs our thinking, fish in dreams might have a particular meaning to you that lies outside that, with a value attached to it that might be neither positive nor negative.

Fish are notoriously productive when it comes to breeding, laying thousands of eggs at a time. So when we see ourselves as being synonymous with these creatures, then we clearly have fertility on the brain.

Fish could be a sign that you are expecting a child or possibly your subconscious mind indicating that you are ready for a child.