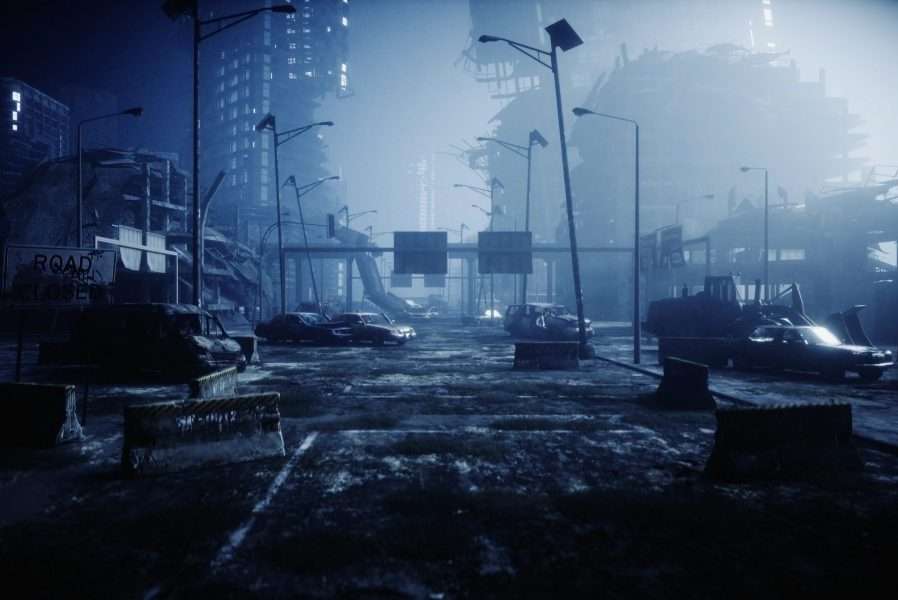 What Does the Annihilation of a Dreamed World Tell You About Your Waking World?

Unless you’re a very lucky sleeper, you’ll have experienced at some point in your life, the harrowing experience of an apocalypse dream.

Involving the loss of loved ones, our own mortality, and any form of control, the apocalypse is an amalgamation of some of the things we as a species consider our worst nightmares, so it’s not surprising that this kind of dream is incredibly common, pouring all those cardinal insecurities into one epic disaster dream.

The problem with dream reading is that there is no one fits all answer as, despite the apocalypse’s universal place in our psyches, the dream plays out differently in everyone’s head.

So, while we can’t tell you precisely what your own personal apocalypse means, we can discuss some of the common causes, variations, and interpretations in the hopes it will be enough for you to continue your investigation into, well…you.

Before we delve into some specific examples, let’s consider some of the more general reasons you might dream of an apocalypse.

The apocalypse is generally regarded as a representation of drastic changes in your life. These changes could be good or bad and to do with any or all aspects of your life.

Reducing the apocalypse down to a cold and bureaucratic definition, you could say it’s a massive overhauling of established systems, a cutting down of a theater set, revealing the bare bones beneath.

Perhaps you are going through or expect to go through some significant lifestyle changes. All your routines are shifting, priorities are reconfigured, doors are closing behind you. These changes could be practical in nature, entirely emotional, or both.

These dreams are terrifying, there’s no doubting that, but they can also conjure underlying feelings of release, relief, and even exhilaration.

We can often feel like we’re fighting against a rising tide, problems building up faster than we can solve them, no relief from the struggle because we’re anchored to it by our waking lives.

It then makes sense that we’d dream of such an event that takes all the dwindling agency we have left, and forces submission, ending the struggle.

One of the most obvious causes of an apocalypse dream are feelings of utter powerlessness, but then why dream of the end of the world and not something more localized like being stuck in a small space, unable to get out, or perhaps drowning?

Although projecting your individual powerlessness as the entire world ending seems like a selfish unconscious rearing its ugly head, it might actually be quite the opposite.

It’s likely something to do with how many dependents you have in your life and the fact that they define your world.

You’re considering their lives and world as much as your own, thus the apocalypse is a representation of your desire to help others and your fears you won’t be able to do so.

Here’s another positive interpretation of an end of days dream.

It may actually signify the comforting dispatch of all that is only cosmetically important, tearing down the facade to open you up to the fundamental reasons and meanings of existence. 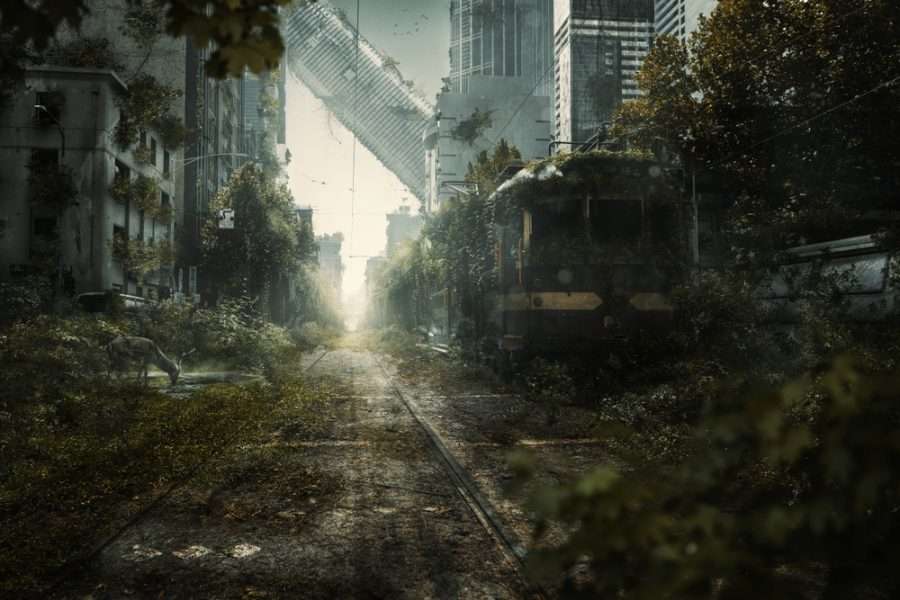 Now let’s focus on some specific scenarios you may have found yourself in during your apocalypse dream and try to decipher why that was the case.

Apocalypse Dream that You Survive

Surviving the apocalypse in your dream could signify that you’re feeling too smothered by care – not that you don’t appreciate it – and you’re craving some agency, to take more of a leadership role in your own life. It’s a sign you’re ready for some significant personal growth.

It could also mean that deep down you’re feeling like you need some privacy and perhaps time to concentrate on things that are dear to you.

If you find yourself in a dead world of barren landscapes, buildings like chipped teeth – the aftermath of an unknown apocalyptic occurrence, it could be considered a dire warning.

This is different from a survival dream for without the act of surviving, you’re placed in a storyless and vague depiction prophetic in nature.

It’s a Dickensian reminder to yourself that you should take more care of the people, things, places, and issues in your waking life in order to avoid cataclysm such as the one presented to you in your dream. It’s a ghost of Christmas future scenario.

Dreaming of an alien invasion apocalypse insinuates that an outside force has infiltrated or dominated something that provides you with a lot of security in your waking life.

This could be an overhaul in the workplace with new management changing rules, hours, pay, staff, your work environment, or tasks.

It could just as well have something to do with your personal life. Perhaps one or both of your parents have entered into a new relationship in which the new partner is exerting power over both you and your parent, affecting the familial bond between you.

Flood apocalypse dreams can be extremely scary, and the reasons for and variations of water dreams are mind-bogglingly myriad.

Water in dreams is said to symbolize your emotions, so we could postulate that a flood apocalypse is an allegorical reference to your emotions overwhelming you. With that in mind, we should consider what the most encapsulating emotions are and why they come about.

Losing loved ones is the first thing that comes to mind. The vast, unforgiving ocean, a suffusion of despair and grief; waves collapsing in on themselves like the grief-stricken.

There is a feeling of erasure as everything is covered up. There is an absence. Something has gone and now nothing else matters.

Sometimes the only inspiration for a horrific nuclear apocalypse dream is watching the news before bed, but let’s disregard that for the sake of finding a more personal cause.

It’s commonly thought that a nuclear disaster in a dream is largely representative of hostilities between you and others in your life, that will likely destroy your bonds for good.

The sudden nature of a nuclear impact, as opposed to a slow desolation, resounds finality and rage, an unwillingness to back down even at the expense of the relationship.

An armageddon dream certainly has connotations of faith but isn’t exclusive to the religious. It could just mean you’re worrying about how you’ve lived your life and the choices you’ve made.

It could also be a representation of some kind of deadline that’s quickly approaching, something that’s incredibly important, the results of which are out of your hands.

If you do consider yourself pious, this kind of dream could stem from your desire to live up to the standards of your belief system.

Even if you’re an atheist, you may still have a deep-seated desire to be ‘saved’, perhaps not even in a religious way, but rapture is the iconography your brain associates with redemption. 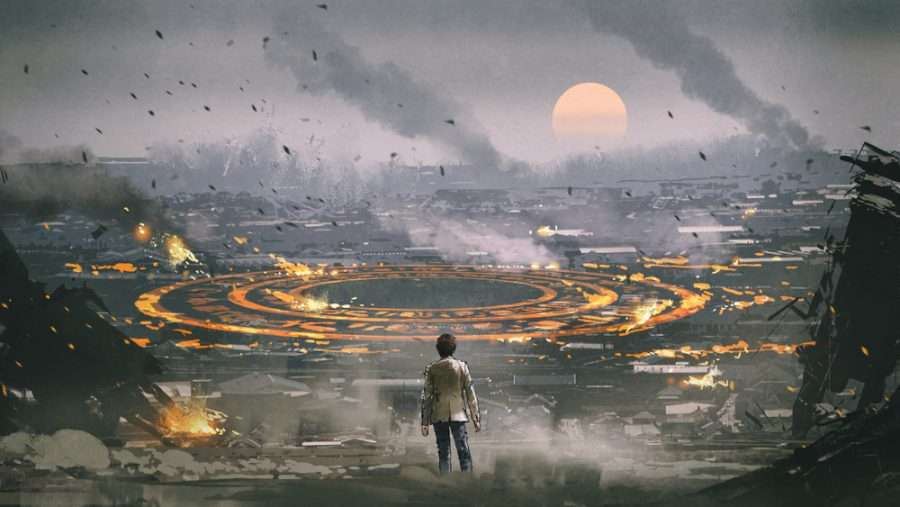 Dreams are incredibly polarizing things. There’s a vast camp of dreamers who believe they’re utterly randomized nonsense. Then there’s the rest of the dreamers. They think dreams can tell us something about ourselves, the world around us, or even future events.

The truth is that they’re a bit of both. Sometimes they’re inane, but other times they can spark self-reflection that clarifies our waking thoughts and changes our life.

That said, don’t let an end of days dream scare you even if it does seem like a damning omen. Yes, the apocalypse is the backdrop of the dream, but what of the details? They’re the most important part.

Try and remember specific details and write them in a dream diary. This way you’re bound to make far more connections between your dream and real life.